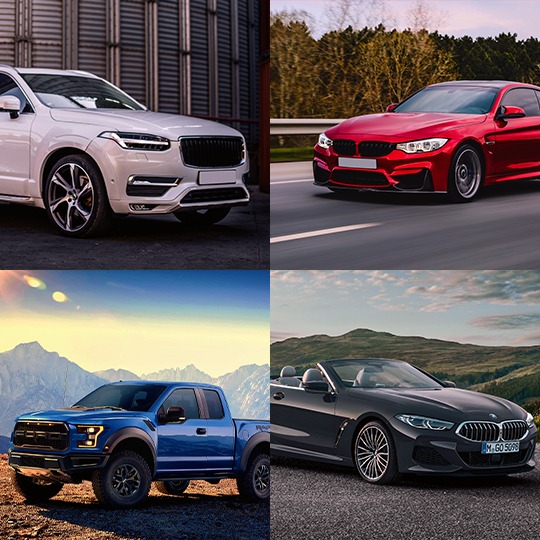 Perhaps your car is starting to fall apart and you know it is not worth fixing anymore because it is going to end up costing you more; Or perhaps you need a second car for your growing family. Maybe you just want to buy a new car in Singapore for yourself. Better, you might be planning to buy your first car! Whatever the reason, buying that one car in Singapore for yourself can be both exciting and stressful.

The demand for both brand new cars and used cars for sale in Singapore is climbing and our many requirements for the type of car we want can make the process of searching even harder. The first step in the car-buying process is researching your potential vehicle choices. It is always a good idea to do this before heading out to a recommended car dealer in Singapore to ensure you are getting the best car for you, your needs and, of course, your money.

We have listed down the different types of car with its brief history and purpose to help you gain some enlightenment before you make that one important investment.

Sport Utility Vehicles (SUVs) have existed since the last 1940s, though they didn’t gain the popular name until the 1980s. Built on a light truck drivetrain, these vehicles mix rugged off-road performance with comfort and roominess. Their popularity began to explode in the 1990s when market pressures for larger vehicles and families’ desires for safer vehicles came together. Today, these vehicles are most associated with general toughness and excellent handling over a variety of terrains. They’ve also become more luxurious, with many recent models featuring comforts designed for long off-road vacations. For many households, SUVs were the ideal replacement for station wagons and minivans— they are about the same size, but with the added power, they were better at getting jobs done. As an extension of this, SUVs are easy to find in the used car market, making them affordable on many different budgets.

Trucks are one of the oldest types of vehicles in existence, with their earliest version appearing in the 1800s and starting to take off past 1900 as the steam wagon. Throughout this time, trucks have remained true to their original purpose: carrying heavy cargo loads. While many people purchase trucks for work purposes, they’re also selected as a lifestyle choice and used similarly to passenger cars. Since they’re built for power, pickup trucks typically come in four-wheel drive versions capable of heavy rear loads and towing motorhomes, boats, or other large, heavy trailers behind them. Also, they are a popular choice for carrying campers and other significant modifications. The second version is the passenger truck, which has a smaller cargo bed and a larger, two-row passenger cabin. This is more of a family or work crew vehicle and tends to come with more features and luxuries than the cargo-focused version.

Sedans are passenger cars separated into three distinct sections – engine, passenger, and cargo. Most sedans have them in that order from front to back, but a few models switch the engine and cargo sections. Vehicles that lack engines, such as some modern electric vehicles, tend to have front and rear cargo sections instead. The earliest modern Sedan began production in 1899, though the name wouldn’t come into common use until quite some time afterwards. Since then, the basic format of the vehicle has remained the same, though it has split into two versions. The smaller version is the mid-size sedan, which usually has two single seats up front, a three-person bench in the rear, four doors, and a trunk for cargo. Full-size sedans are just like mid-size sedans, but generally larger all-around. Sport sedans are a variant model, offering more power and performance than standard models. Since their primary purpose is to get people from one place to another by way of paved roads, sedans are one of the most popular vehicles on the market, usually recommended by second hand car dealers in Singapore for families that have minimal cargo-transportation needs.

Tracing their descent from the covered caravans of old, vans are one of the most popular types of vehicles in the world. The main thing that distinguishes vans from trucks is the interior access to the cargo areas and the fully covered body. This makes vans more secure and more protected from the elements than trucks, making them especially popular as used cars for sale in Singapore. Most vans are built in one of four styles. The most popular style for many families is the passenger van, which usually features three or four rows of seats and a small rear cargo area. The second popular type of van is the cargo van, which removes most or all of the seats behind the front row in favour of open space. These vehicles often add cabinets or shelves with a centre aisle for movement, allowing them to maximize the amount of cargo they can hold. Finally, minivans are a smaller version of passenger vans and tend to have almost no cargo space, though the seats can fold down to make room. Today, vans have largely fallen out of favour as passenger vehicles for families—SUVs tend to offer just as much space but more flexibility with cargo. Instead, they’re often bought by clubs or groups. Cargo vans are used almost entirely by small businesses who need to transport lots of products or people regularly.

Essentially a smaller version of sedans, coupes feature room for 2-4 passengers between one or two rows of seats. These versions, in particular, are much like sedans, with the main difference being that coupes have less than 33 cubic feet of rear interior volume. Since these vehicles have almost no cargo space, they’re rarely used as family vehicles. Instead, coupes are often driven for fun on racetracks, scenic roads, or day trips. Ultimately, coupes tend to fall into one of two categories. Passenger coupes are simply a way of getting between two points with comfort and style. Sports coupes are more like racing and have significantly more power and performance than their small size suggests. Most coupes sold today are sport coupes since there’s little demand among families for vehicles that don’t have the space to hold children and groceries at the same time.

Wagons first began to appear in the 1930s as service vehicles in train depots. The focus was on commercial and business applications instead of consumer transport, but companies soon realized that the distinctive shaping offered value for families. Unlike sedans, which are split into the engine, passenger, and cargo sections, wagons only have two parts – the engine and a larger combined passenger/cargo area. Wagons are similar to hatchbacks, but typically prioritize cargo space and usefulness over style and aerodynamics. Today, wagons are seen as a smaller and cheapest alternative cars in Singapore to SUVs and minivans, which have a similar design but are considerably larger overall.

Convertibles first appeared on the market soon after automobiles were introduced which gave car owners a choice on whether or not they wanted to drive with a roof. The earliest roofs were typically made of leather or folding textiles, but they began to fall out of favour in the 1920s when fully-enclosed steel vehicles started to see mass production. At this point, the remaining convertibles were luxury vehicles and ignored by most of the population. Production surged for a few years but fell again in the 1970s as the noise of higher road speeds and improved safety standards made convertibles dubious at best. The proliferation of air conditioning further cemented the convertible’s decline. However, newer advancements have helped the convertible return once again. It’s still seen as a luxury vehicle, but the varying styles have helped to overcome many of the convertible’s flaws.

One’s perfect car depends on the needs he/she has to meet. Knowing the difference between one car and another would help you narrow down your prerequisites in determining which car would serve you and your needs perfectly.

If you are looking for a specific car in Singapore like the Honda fit hybrid, you can visit our website and our experts would definitely help you own the perfect car for you!